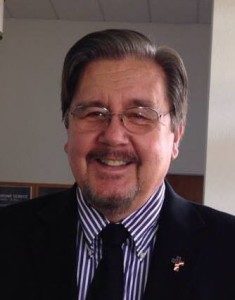 While his parents were missionaries to that island nation. He spent his boy hood days in Haiti where he learned to speak the Creole language.

At fourteen years of age, in 1958, Gerald went with his father to New Guinea and spent the next five years as a teen age missionary in a stone-age country. He quickly mastered the Pidgin trade language then went on to learn three of the tribal languages.

On February 27, 1958 a fourteen year-old boy disembarked along with his father from a Chinese freighter ship at the port of Madang, New Guinea, at a time when this stone-age island was just beginning to discover the 20thcentury. Less than one hour’s flight in from the coast were many villages that had yet to glimpse their firstevidence of an outside world. Naked savages stilled lived exactly as heir fore-fathers had for untold centuries. Witchcraft was prevalent. Tribal wars and thedark magic of the jungle threatened every life. The stone axe was still the most modern tool.

For almost five years the teenager would live among the wilds of this frontier land. Beginning to preach in the trade language, known as Pisin, just one month after his arrival, he would eventually preach to thousands in their own unwritten tribal languages. His desire to share the story of Jesus with those who had never heard would lead him down jungle trails, across vine bridges spanning wide raging rivers, and into direct confrontation with witch doctors and thepowers of darkness.

He would have occasion to serve as doctor, nurse, farmer, builder, marriage counselor, pastor, evangelist, teacher, and mission station manager. He would even stop a tribal war . . . single handedly . . . all before he was twenty years of age!

In fact this book was written under a different title by the Teenager himself while he was still in his teens.

Later, as an adult, he returned to New Guinea where he served on a number of remote village mission stations in a number of different capacities including EBM Field Director.

After serving for twenty years in Papua New Guinea, Gerald Bustin was elected in 1985 by the EBM General Board to serve as the General Director of this mission. Later the position was re-titled, President, a position he still holds today.

Over the last twenty-five years Gerald Bustin has traveled around two million miles in the interest of missions, visiting over sixty different countries and most of the states of North America.

Gerald Bustin has been married to his wife, Roana for 41 years, nine of which they spent together in Papua New Guinea. Mrs. Bustin is a Certified Nurse Midwife with a Master’s degree in nursing. They have two grown children, a son and daughter, and four grandchildren. Both of their children have become third generation missionaries. Wendy, their daughter, is working at the mission headquarters. Their son, Gary, (G.T. Bustin III) is pioneering an aviation ministry in Papua New Guinea using that country’s only float plane to bring the gospel and medical support to remote regions.

In 1990 Gerald and Roana felt led to go behind the Iron Curtain to investigate starting a work there. Contacts were made on that trip that took them back in the Summer of 1991. They were on the inside of the Soviet Union, in the city of Kiev, Ukraine and witnessed first hand the fall of Communism.

In 1992 they conducted a tent crusade in the city of Kiev that resulted in the planting of a church in a large residential area. A Bible College was also started that has trained many young people for ministry.

Today Rev Gerald Bustin has his eyes turned towards the future. He is fully expecting God to send a mighty revival to this world and feels called of God to lead EBM to become a revival movement to the world. He believes we are on the verge of the greatest revival and harvest time the world has ever known.

He also believes that this revival will be brought about by a cleansing of the Body of Jesus Christ so that the true life of Jesus will become visible in His body and that this will result in making Jesus visible to the whole world.

Pastor Bustin has written several books more including ” The Devil’s Plan For America And God’s Plan To Defeat Him.” You can get his books on Amazon.

All Are Welcome! Come As You Are!

Jesus Christ said, “…I will build my church..” We are a part of that body of world-wide believers Jesus was talking about. Jesus Christ also gave His church a mission….”Go ye into all the world and make disciples of all nations” We are a mission doing our best to help fulfill that Great Commission.

We are the Open Door Community Church and the Evangelical Bible Mission, Inc.

Actually, the Open Door Community Church is the local ministry of the world-wide outreach of Evangelical Bible Mission (EBM) and EBM is the world-wide missionary arm of the Open Door Community Church. Together we are endeavoring to be a light to this community as well as to the world. To understand each partner in this ministry, let us look at each separately:

We are sincere followers of Jesus Christ, believing Him to be the Son of God. We are a community of believers who meet together for Worship, Fellowship, Discipleship, and Serving God.

We believe that God created us in His image with the ability, privilege, and duty to worship Him. As we meet together, our focus is on Him. We endeavor to worship Him in Spirit as well in Truth.

We believe that there is strength in unity. We need the interaction, the expressions of love and support and the fellowship of our Brothers and Sisters in Christ.

We are followers of Jesus Christ. We want to learn how to reproduce Him in our lives so others will see Him. Our services, Sunday schools, and other ministries are meant to teach discipleship.

We are called to serve the Living God by serving our fellow-travelers on the journey of life. We know that what we do for others we actually do for Him. Therefore, we are committed to give a helping hand to those who are down and hurting. 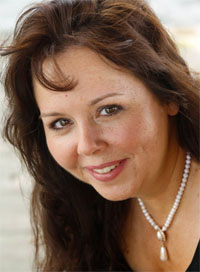 Wendy was born in Papua New Guinea as a 3rd generation Missionary and has spent most of her life helping people around the world. When she was 11 she became a foster parent to a baby in PNG while the babies mother got out of a domestic violence relationship. Wendy has been instrumental in assisting government leaders in getting laws passed to help protect our freedoms and the unborn babies.
She speaks 3 languages and has traveled across the USA and around the world helping to share the love of Jesus with those who are hurting. She also has a soon to be published book ” The Secret Power Of Forgiveness.”
This mighty lady of God is passionate about empowering others to become all that God created them to be and she truly understands the power of God’s redemptive grace and forgiveness in all our lives.
For over 12 years she has served as Vice President of EBM International a Mission organization founded by her grandfather over 80 years ago and she serves alongside her Father Gerald Bustin President of EBM International.
She also serves as Administrator of Family Care Givers a Nurse Registry, which is set up to help bring support to EBM International and all the ministries involved with it. In addition she assists her father as associate Pastor for Open Door Community Church.
Wendy is a mother to an amazing 16 year old son Nicholas. Nicholas became the 4th generation from the family to get involved in missions and has been to the Bahamas and Papua New Guinea.
If you or your church would like to have Wendy come speak on missions or on living the life you were born to live, please contact her at AbundancewithWendy@gmail.com or connect with her on social media under MisfitforJesus.